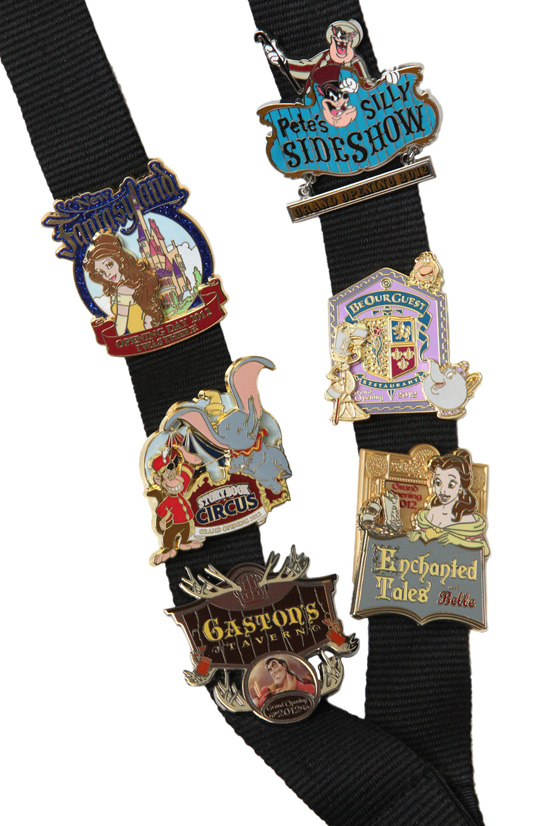 With the opening of New Fantasyland only a few months away, I’m beginning a series of articles to reveal merchandise we’ve created for this exciting area. I figured I’d start with Disney pins, which have been a part of major openings since the introduction of Disney Pin Trading in 1999. For New Fantasyland, the pin team created a variety of pins to collect, including open and limited edition pins, boxed sets, multi-pin sets, and some pins designed especially for Annual Passholders. Today, I’m highlighting just a handful of favorites.

New Fantasyland will officially open on December 6 at Magic Kingdom Park. On that day, we will release several limited edition pins that commemorate the grand openings of different experiences. The image above also shows the awesome opening day “I Was There” pin, featuring Belle. 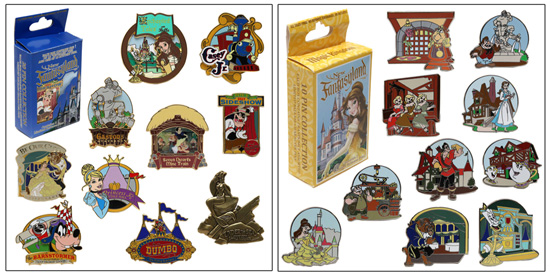 People have often asked me which pins they should collect. I recommend pins that have a special meaning to the collector. I also suggest mystery sets, as they are a collection with an ending. Once you collect all the pins in a particular mystery set, you can focus on a different collection.

We are releasing a few different mystery sets for New Fantasyland. One set is a limited release and will feature pins inspired by the “Beauty and the Beast” experiences. Another is a limited release “reveal / conceal” set with 10 known pins featuring images from New Fantasyland. This set will also have 10 mystery pins. Each box contains one pin you can see, while the other pin is a mystery. Also look for a similar “reveal/conceal” set for The Barnstormer. 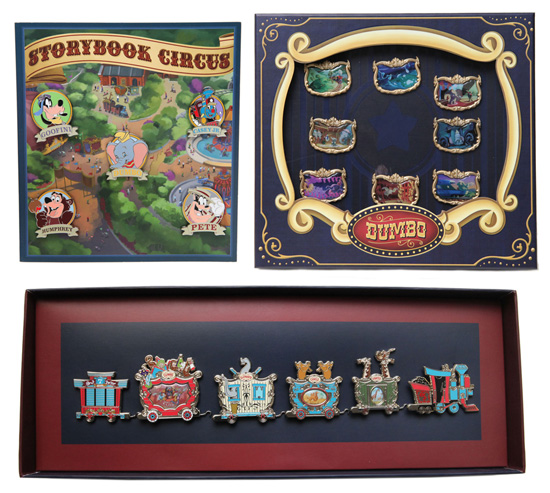 I like some of the pins created for Storybook Circus. The Dumbo-themed set contains one of my favorite images from the film – storks flying over Florida. Five of the eight Dumbo pins in this set will be sold individually, but the boxed set contains the complete collection. I was also happy to see Humphrey the Bear included in the five-pin character set (more Humphrey merchandise, please!). 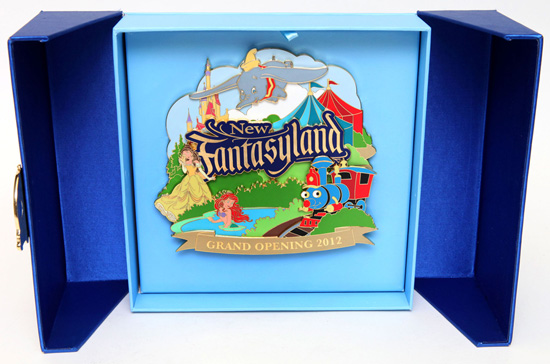 Finally, to celebrate one of the largest expansions in Magic Kingdom Park’s history, we will have a super jumbo pin that will measure approximately six inches by five inches. Now that’s a pin!

Look for additional release details about these and other pins in the coming months on Disney.com/Pins.