Disney announce the new “Ears For the Arts” Campaign

Anyone who takes part in a Disney Performing Arts program shares a common bond and rite of passage. It takes confidence, character and camaraderie for an ensemble to be able to come together and perform in front of an international Disney audience. As a former participant with Disney Performing Arts, I know first-hand that performing at the Disneyland Resort in California or the Walt Disney World Resort in Florida is something that will surely never be forgotten. 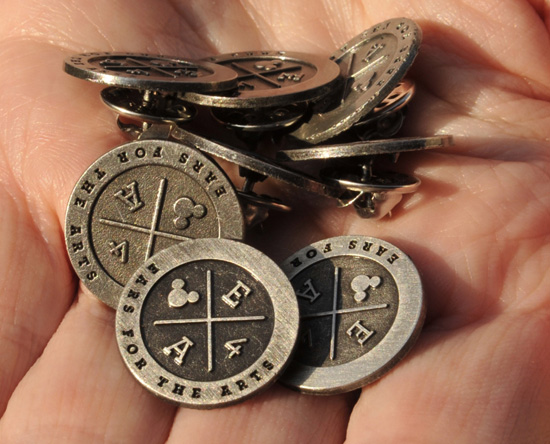 I am proud to announce that Disney Performing Arts will now be celebrating and commemorating this momentous experience and shining achievement with the Ears for the Arts badge of honor. Participants in Disney Performing Arts programs, which include performance opportunities, workshops, festivals and competitions, will receive an exclusive Ears for the Arts pin and become a part of an elite group of students.

The first Ears for the Arts recipients at both Disneyland Resort and Walt Disney World Resort were given their pins on Friday, February 11th in a special once-in-a-lifetime ceremony. 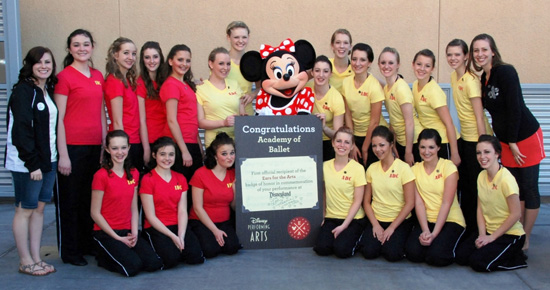 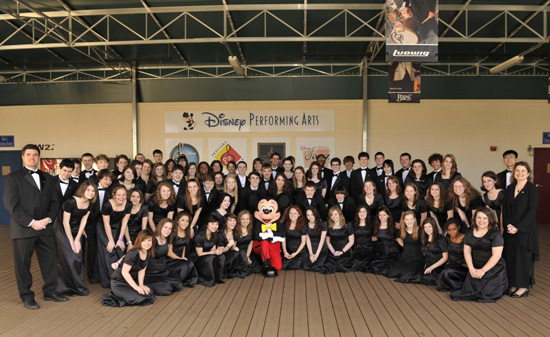 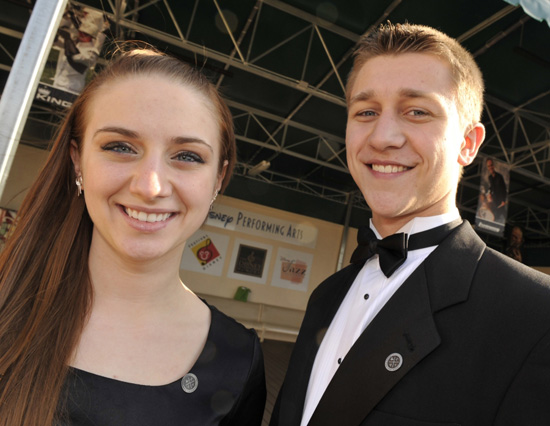 For the latest updates on Disney Performing Arts please visit our Facebook page!