Just like her sister ship the Disney Dream, the Disney Fantasy will feature Magical Portholes, offering inside stateroom guests a “window” to the world with a real-time view outside the ship. 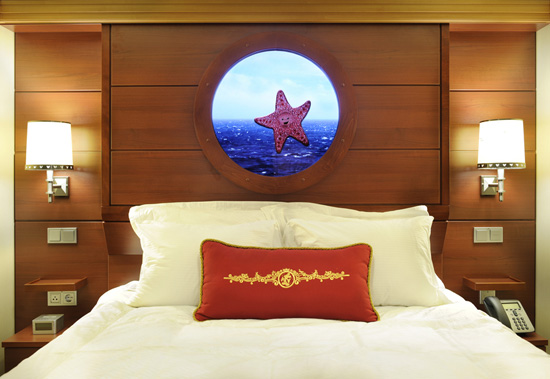 A cruise industry first, high-definition cameras on the exterior of the ship feed video to wall-mounted framed monitors that have the appearance of a porthole. Camera positions correspond with stateroom locations – port or starboard, from bow to stern.

Disney Parks Blog followers, you are the first to get a glimpse of the art renderings depicting entertaining animated characters that may appear in the Disney Fantasy Magical Portholes! 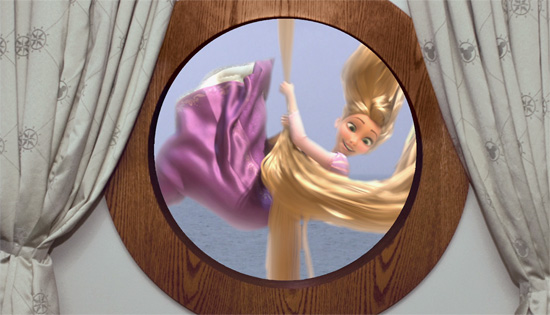 … Mr. Potato Head from “Toy Story” could give a wave… 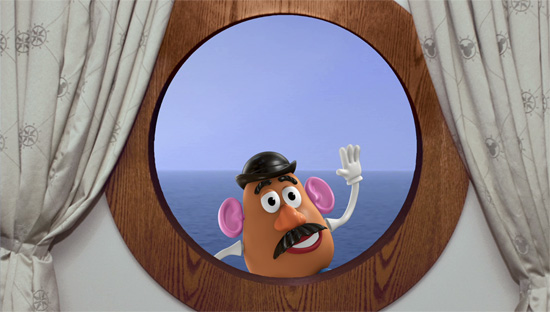 …or maybe Scuttle and Flounder from “The Little Mermaid” will peek in as they fly by. 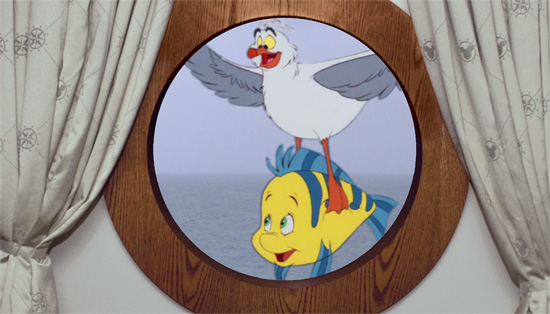 No matter which character pops by, one thing is for sure – inside stateroom guests on the Disney Fantasy won’t miss out on the beautiful ocean views as this majestic ship sails the high seas!