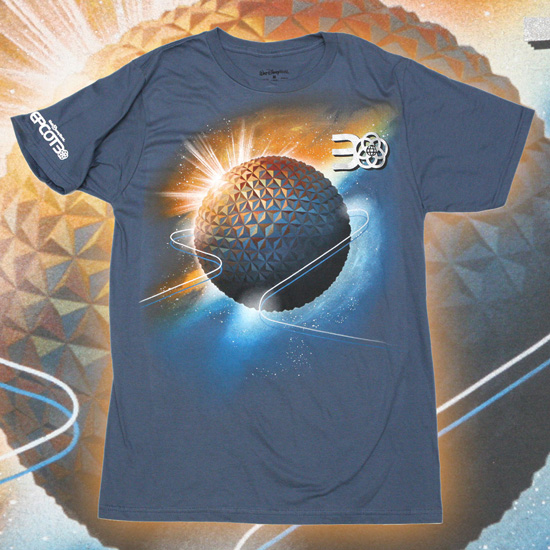 One celebration I’m looking forward to this fall is the 30th anniversary of Epcot, which takes place on October 1, 2012. A few months ago, I gave you a first look at artwork created by Disney Design Group for merchandise we will be releasing. While we haven’t finalized all items or release plans at this point, I’m happy to share another look at items that are coming soon. I caught up with product developer Mary Myers to learn more.

In recent years, Mary has developed theme park logo merchandise for Disney’s Animal Kingdom, Disney’s Hollywood Studios and Epcot. She recently kicked off the 30th anniversary a little early by releasing new items under the “Epcot 82” banner. I found the shirts shown above at Mouse Gear in Future World. 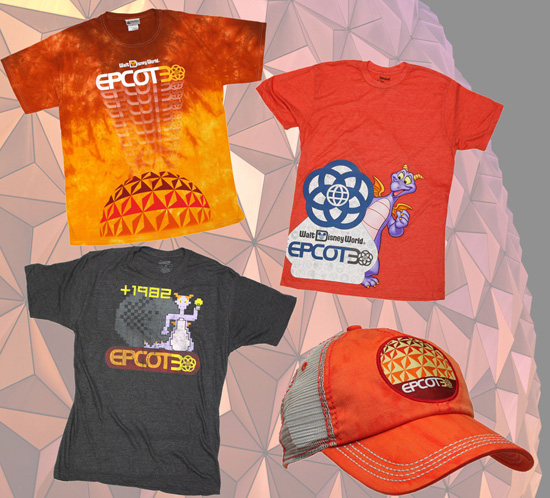 This fall, Mary will introduce four new shirts and a mesh baseball cap. The artwork was created using the style guide originally made for pins. I love the shirt in the lead image as it reminds me of the attraction poster and a shirt I once owned as a child. (The colors in this shirt are amazing.) 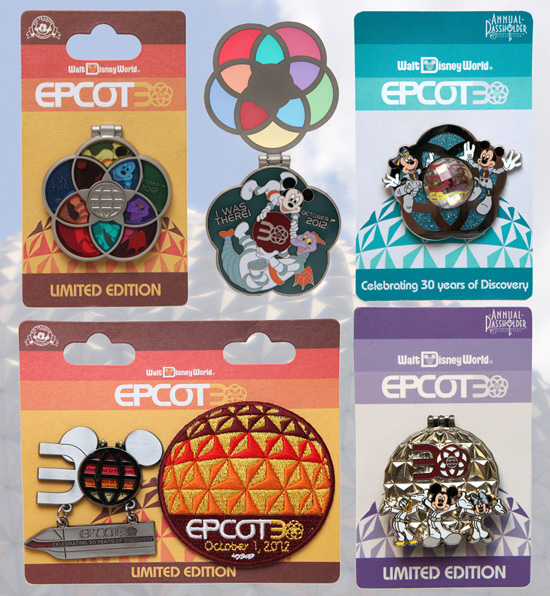 Speaking of pins, we recently received several final samples, including the Passholder-exclusive limited edition and open edition pins. I like the stained glass effect of the “I Was There” pin that has Mickey Mouse and Figment sporting their 1980s outer space attire. That stained glass effect looks even better on the super jumbo-sized pin. 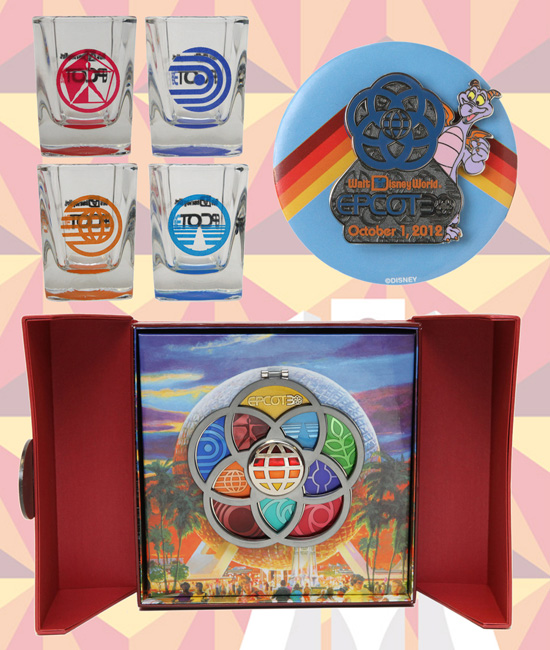 One item I’m adding to my collection is the “toothpick holder” set that has logos from some of my favorite Future World pavilions, including Horizons (yes!!).

Stay tuned for additional details about the release of these items as we get closer to October 1.