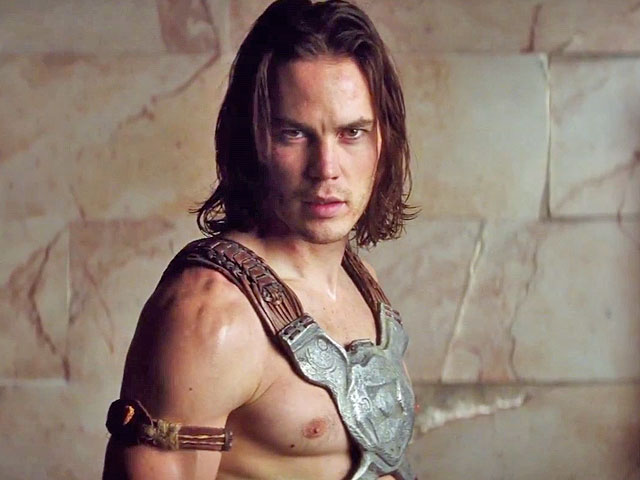 In 1912 Edgar Rice Burroughs wrote “A Princess of Mars” which introduced this world to the all those ‘other’ worlds which maybe lurking out there some in the depths of space and over the last 100 years has become the basis for nearly every sci-fi Big Hitter. With this in mind John Carter will no doubt be compared to every other Sci-fi action adventure out there and as I started watching the opening sequence my mind was filled with an odd cross between Pirates of the Caribbean and Star Wars pod racing on the grandest scale. But that was soon forgotten as this odd desert vista and it’s force fielded battle ships fade before you really know what is going on and you are suddenly in the middle of a bustling Reconstruction era New York (1890s) which is the first intriguing jump between worlds. This leaves the audience wondering what the ominous opening speech (delivered superbly by Willem Dafoe as Tars Tarkas) and the warring Red humanoids are all about setting us up ready for the adventure to another world.

We are back in 1890s New York and John Carter calls for his Nephew Edgar Burroughs (see what they did there?) he is dying and needs to get his affairs in order and intends to leave his whole estate to still wet behind the ears Edgar. Inevitably Edgar doesn’t make it in time and arrives to find his uncle buried in a tomb that can only be opened from the inside and a mysterious diary detailing the adventures of a madman in search of gold and far off lands. The story takes us back thirteen years earlier where American Civil War veteran Carter is prospecting in Arizona deep in Apache Indian country, where Carter is arrested and forced to fight the Native Indians. But not before some Indiana Jones style ‘humorous’ escape attempts are made by Carter which currently falls slightly out of Kitsch’s range as an actor so felt forced. (Don’t let this put you off the film does have it’s funny moments, especially those containing Woola the dog type creature from Barsoom and Kitsch’s dramatic/emotional acting is far better so stay with it!). When the Apaches attack, Carter whisks the injured Colonel to the safety of a nearby cave which seems to freak out the natives as they look up in fear and make their retreat. We then meet a mysterious robed, bald man frantically chanting in a foreign language a tussle ensues and within the blink of an eye we are no longer in Kansas  or Virginia in this case. 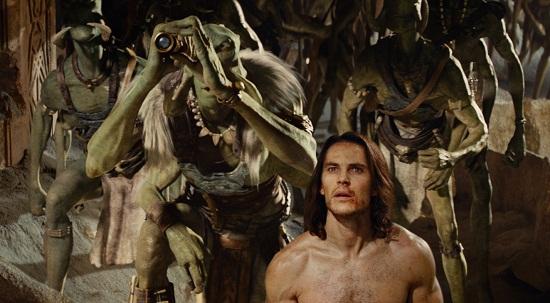 We return to find Carter in the desert landscape from earlier it looks like the desert he is familiar to back home but with one massive difference the gravity. The shift in gravity in this planet means that Carter can perform insane leaps (think Matrix Neo leaping between buildings) and he stumbles upon a hidden glass casket containing eggs which hatch into creatures that look like the amphibious Cousins of Nemo. Whilst Carter is taking this all in there is dust cloud and the sound of horses?! Are the Apaches back? As the dust settles it turns out it is not Apaches but larger versions of the little green men, 4 armed, 9ft tall Tharks one of the races that inhabit of Barsoom (or what you and I call Mars). Carter befriends their leader Tars Tarkas in a humorous Tarzan and Jane style encounter and is taken in as one of their offspring. 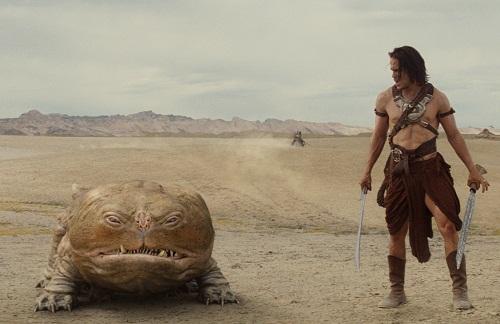 Carter soon finds out much like Jarsoom (Earth), Barsoom is suffering it’s own civil war between the warring red humanoid nations of Zodanga and Hellium. Zodanga is a mobile city which has drained every other humanoid nation on Barsoom and Hellium is the only one left fighting for it’s existence. It is soon made clear that these shape shifting bald robed men are part of the Holy Therns (a religious cult of white humanoid martians) and are egging on Warlord Sab Than (Dominic West), Prince of Zodanga to take the nation of Helium by either marrying the Princess of Hellium Dejah Thoris (Lynn Collins) or by brute force. 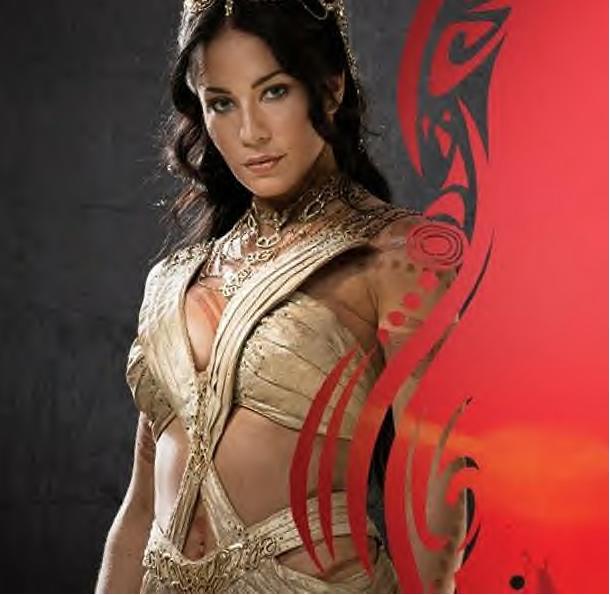 Dejah Thoris is played with great diligence by Lyn Collins, who is not only stunningly beautiful but an action hero in her own right forget about Lara Croft (Tomb Raider) or Leia (Star Wars) there is a new girl in town! Thoris has some impressive action sequences there is no waiting to be saved for this gal, in fact there is rather amusing scene where she is the one protecting Carter to watch out for! As I am sure you can guess Carter falls hopelessly in love with Thoris and so you can add romance to the never ending list of sub genres in this film! There is a great screen chemistry between Collins and Kitsch and this is really where he comes into his own as an actor. Not wanting to give too much of the journey between these characters away or to spoil the plot I am not going to reveal anything else! What will become of Carter and Thoris? Who will win the war? and what has happened to poor little Edgar back on Earth? You will have to watch and find out!

So on to the technical stuff… There are very few films which I find worthwhile watching in 3D and for the most case I would say this unfortunately falls into that category. The only thing I felt worked well in 3D was the initial desert fly over of Barsoom which was breathtaking and the combination of CGI and real landscapes provided the perfect level of realism. On the same vein I was impressed at how well the CGI characters came across, it can be extremely distracting when they are badly integrated, but this was certainly not the case with John Carter. The expression and emotions displayed by the Tharks had enough of a human element to allow the viewer to connect to them, helped no doubt by the actors voicing them being present during filming, on giant stilts helping the all important eye lines between real and CGI characters. The visual flair Stanton brings from his Pixar films is evident throughout and he even brought some of his Pixar pals with him to bring Burroughs’ world of Barsoom to life.

Whilst Michael Giacchino’s score was pleasant enough and had all the right rises and falls to perfectly compliment the action, it felt some what generic when compared to the work of Hans Zimmer for something like Pirates of the Caribbean so probably not one I will rush out and buy (unlike his work on the Cars 2 soundtrack which I LOVE). Also I cannot let the costume department go upraised, the costumes are beautiful and they blend with the look and feel of the visual artist’s representation of Barsoom effortlessly (look out for Dejah’s Wedding gown it’s awesome!)

I would definitely recommend going to see this film, it might not be suitable for very young children or those with a shorter attention span as this film is an investment piece and granted for some of it your reward will be the beautiful visuals but you won’t be left long before the action kicks in again. Due to the interesting mixture of sub genres (Action/Adventure, Western, Romance, Fantasy) there is something for all and some very strong performances from the cast which are delight. What I would say is go into it with an open mind and above all please don’t compare it to Avatar!

And so I leave you with 2 things: