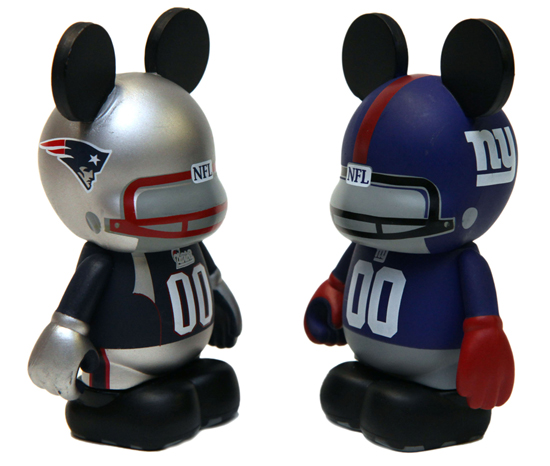 Last November, I shared a first look at new Vinylmation figures featuring select National Football League teams. On the eve of one of the biggest sporting events of the year, I’m happy to report that the figures will be released atWalt Disney World Resort and Disneyland Resort on Feb. 3. I caught up with Donald Ferro, product developer for Vinylmation, who shared some additional details about these new figures. 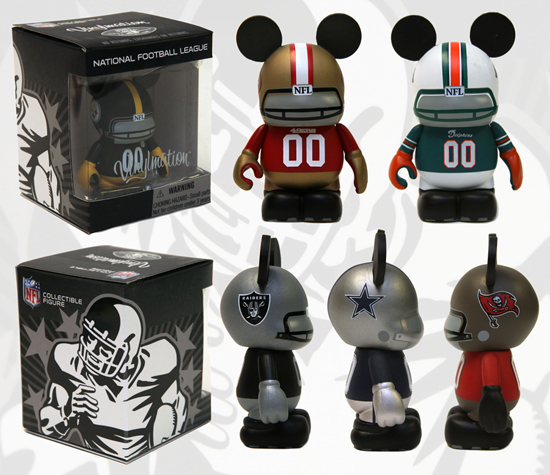 “These new three-inch figures build on the Vinylmation Sports series that was released back in 2010,” explained Donald. “These particular teams were selected based on historical sales record. Since this is a new collection, we had to start somewhere with development. This also leaves the door open for additional teams.” 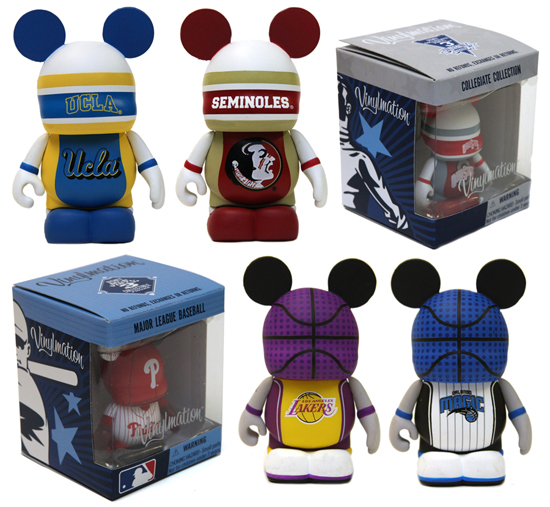 Eric Caszatt from Disney Design Group created the template used for each figure. The National Football League figure collection is just one of four new collections. There will also be select Major League Baseball teams and colleges, which are being released on Feb. 10 (despite being from Columbus, Ohio, I had nothing to do with the selection of the college teams). National Basketball League figures will be released on Feb. 17.

Each figure is packaged in an open window box so guests will have a choice of their favorites. If you aren’t close to a Disney Park, you can also find an assortment of figures on the Disney Parks online store.

Finally, Donald shared with me something that has never been done before in Vinylmation. In honor of the big game, we have created a three-inch figure that will be released on Sunday, Feb. 5, via the Disney Parks online store. The limited release figure uses the official logo and colors. Following the outcome of the game, we will add the winning team to the front of the figure. Donald said that it will take a few weeks to produce, but orders can be placed starting on Sunday via the Disney Parks online store.

Who are you rooting for this year?