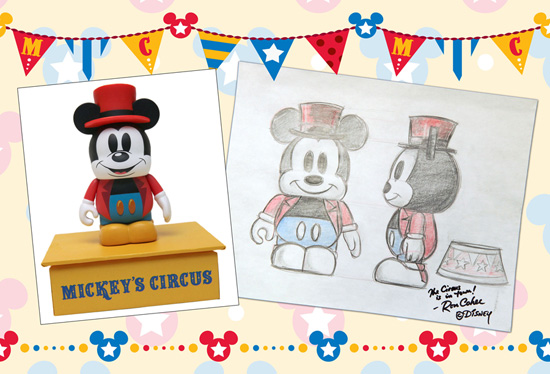 I recently shared details about the Mickey’s Circus trading event coming to World ShowPlace at Epcot this September. This is the third year we’ve featured Vinylmation as part of this annual event, which has been held since 2001. This time we’ve dedicated an entire day – Sunday, September 9 – to the Vinylmation Showcase. I recently took a closer look at some figures specially designed for this event.

During last year’s event, Disney Design Group artist Ron Cohee created the sketch pictured at the top of this article. It was made to officially announce the first 3-inch figure coming to this year’s event, Ringmaster Mickey. The limited edition figure will have an edition size of 1,500. The original sketch will be featured (along with a 3-inch figure) as an auction lot during the event.

Ron’s Ringmaster figure wasn’t the only one inspired by a sketch. Caley Hicks shared with me her sketch pictured above, which was turned into a 9-inch figure. She originally planned her seal as a 3-inch, Urban Series figure. Once the Mickey’s Circus theme was announced, she repurposed the design. Only 100 of these 9-inch figures will be made for the event! 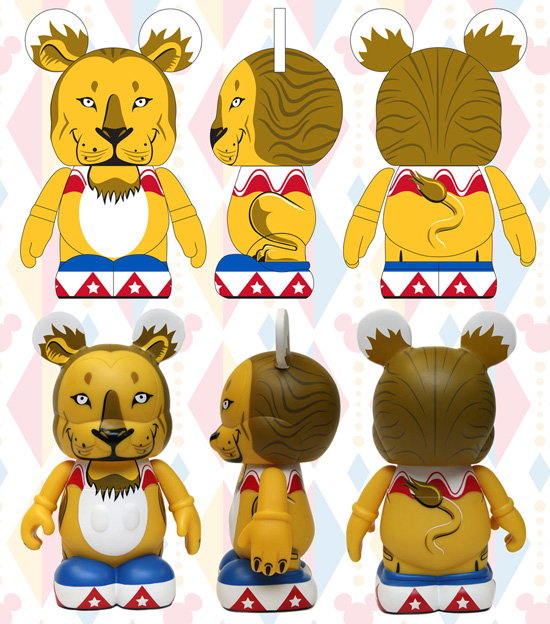 Also having an edition size of 100, Eric Caszatt’s lion joins the low-edition-size figure club. His original artwork and final figure are presented above as a side-by-side comparison. 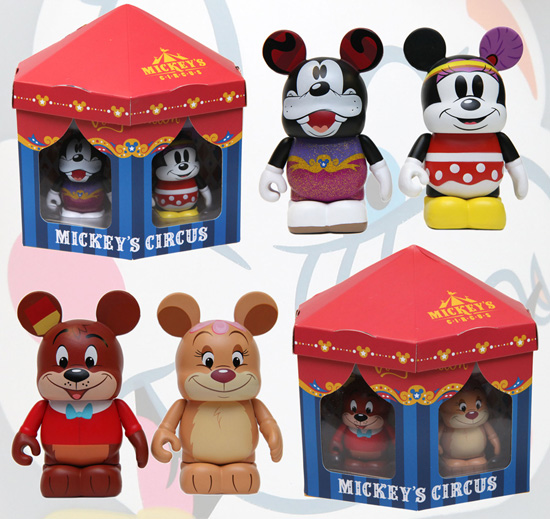 I love the packaging created by Caley for the figure sets coming to the event. I often find that packaging is just as important as the merchandise inside. I particularly like that Monty Maldovan made Bongo and Lulubelle as 3-inch figures, as they aren’t often featured on merchandise. You may recall them from “Bongo,” which was the opening animated segment from “Fun and Fancy Free,” originally released on September 27, 1947.

If you would like a look at these figures and the Disney pins we’ve created for the event, I invite you to attend Disney Trading Night on Friday, July 6. This free activity will be held from 6:00 p.m. to 9:00 p.m. at Disney’s Contemporary Resort, Fantasia G Ballroom. Disney artists Monty Maldovan and Mike Sullivan will also be on hand to sign the recently released Vinylmation – Duffy The Disney Bear figures and Pin Trading Nights pin respectively.