From the Wall Street Journal

Mr. Iger, 60 years old, will add the additional title of chairman of the board in March 2012, and will remain executive chairman until June 2016, at which time he is to retire from Disney at the age of 65. 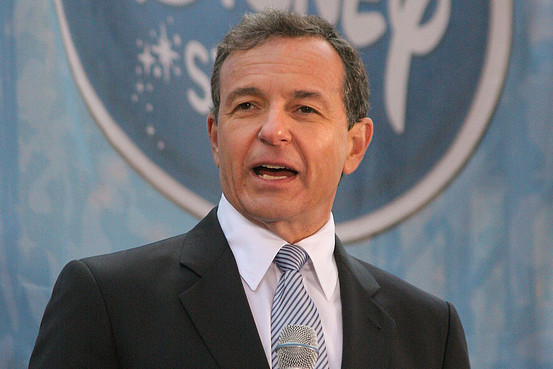 Disney CEO Robert Iger at the grand opening of the Times Square Disney Store on Nov. 9, 2010, in New York City.

The company said a successor had not been chosen. But Mr. Iger for several years has been grooming a group of potential heirs, moving senior managers between jobs to broaden their experience and to help assess which among them has the right combination of skills for the top job.

Disney’s current chairman, John Pepper, is to step down at the company’s annual meeting in March 2012.

Mr. Iger’s current contract was to expire in January 2013. Under the new contract, he is to receive an annual base salary of $2.5 million. The target bonus is set at $12 million during the years he has both titles, contingent on the company’s operating performance and share price. Once he is executive chairman, his salary is to remain the same, while his bonus target is to be $6 million.

Mr. Iger was named Disney’s CEO in 2005, following a bruising battle between his predecessor, Michael Eisner, and a board faction led by Roy E. Disney, a nephew of Walt Disney.