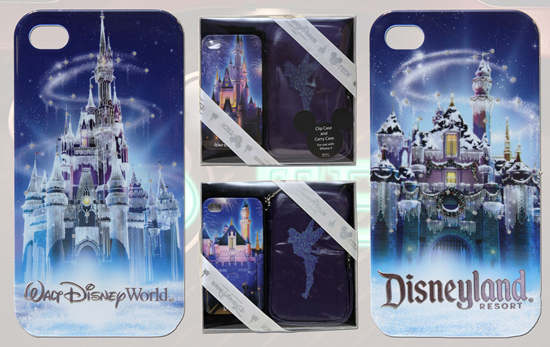 Last year, I introduced you to the world of D-Tech, the new electronic accessory line created for Disney Parks. Electronic gadgets are at the top of my gift giving list again this year, so I checked in with product developer Kevin-Michael Lezotte for an update.

“We have been thrilled with the response from fans about D-Tech,” exclaimed Kevin-Michael. “This past year, we have tried a lot of new things. We know that guests use a variety of electronic gadgets. That has challenged us to create a variety of accessories to match. I’m happy to say that in 2012 we will be releasing new accessories for the top five smartphone models.”

Kevin-Michael and I walked through the D-Tech showroom to survey newly released items. Following the success of the limited edition iPhone 4 case created for the 40th Anniversary of Walt Disney World, there are two new limited edition iPhone 4 cases created for Disneyland and Walt Disney World Resort featuring the holiday castles (they also fit the new iPhone 4S). 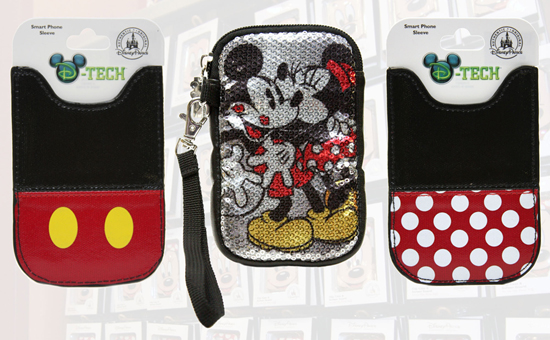 Kevin-Michael created three new cases featuring Mickey and Minnie Mouse. The sparkly case in the middle has been one of the most popular cases this holiday season. 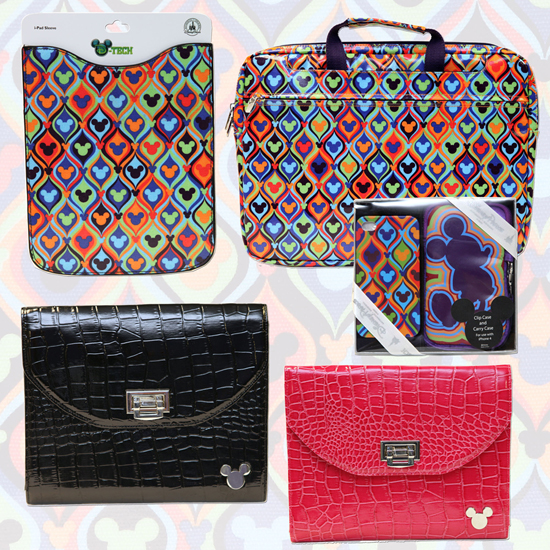 There are also new iPad cases, laptop sleeves and gift sets that contain both a hard and soft case for the iPhone 4. 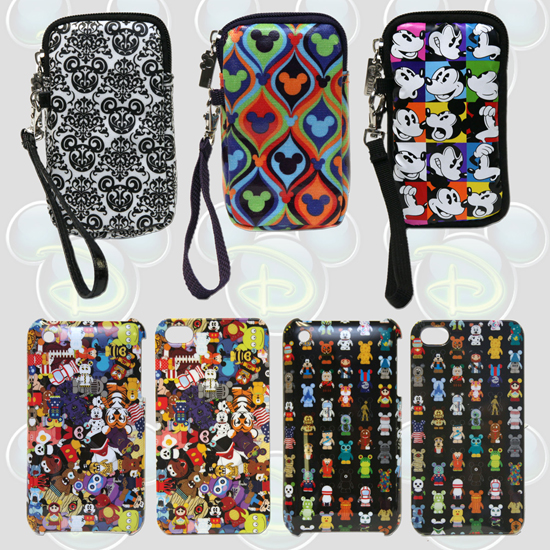 Some of those new smartphone cases Kevin-Michael mentioned have already been released including the three pictured above. He also showed me new cases that were similar to the leather iPad cases.

There are two additional cases that fans of Vinylmation may enjoy. They have been in development for about a year and were finally released a few weeks ago. One of the images – the allover pattern – has been used as a header image on the Disney Parks Blog.

If you are looking to give D-Tech items as gifts this year, check out the D-Tech boutique on the Disney Theme Park Online Store – DisneyParks.com/D-Tech.