Disney to Launch Several Toys and Games at Expo 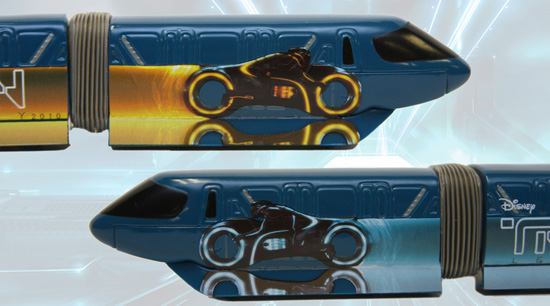 A few weeks ago my fellow author Michelle Harker gave you a first look at some new items coming to the D23 Expo Dream Store on Aug. 19-21. I begged her to let me write about some of the new toys and games that will make their debut at the Expo. I can summarize my reasons for wanting to write this article in three words – “TRON: Legacy” Monorail. 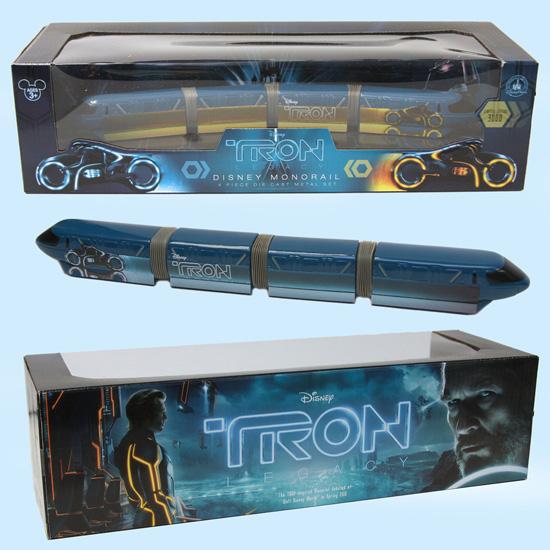 You may recall that I’m a huge fan of anything Tron. I remember the day in March 2011 that Cody Hampton, Associate Product Developer for Toys and Games, shared with me the first sample of this new die-cast vehicle. I was as excited as the first day I saw the actual “TRON: Legacy” monorail at Epcot. The monorail measures approximately 12 inches long and has wheels on the bottom of it. The toy will have an edition size of 3,000 and will be packaged two different ways – Sam Flynn’s blue Lightcycle version and Clu’s yellow Lightcycle version (roughly 1,500 of each packaging version were made). While the toy will debut at the D23 Expo, there will be limited quantities also offered at the Walt Disney World Resort. 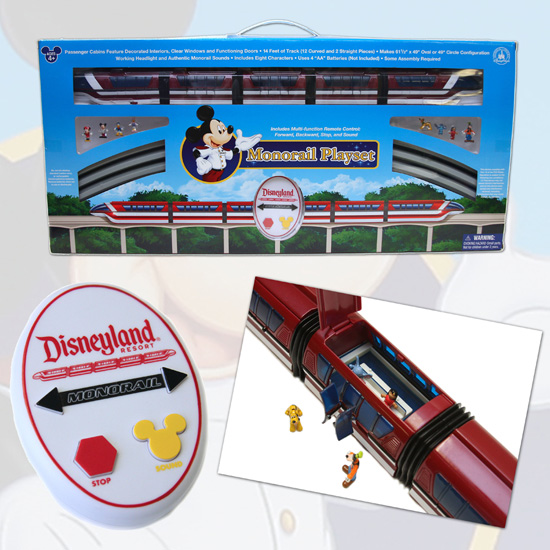 Speaking of monorails, this past April I gave you a first look at the new Disneyland Monorail toy that is coming to Disney Parks. One of the coolest new features which Cody didn’t want to spoil is the remote control, a first for the monorail playset! When the sound button is pressed, you will hear the infamous monorail welcome spiel. Similar to the actual Disneyland Resort monorail, the doors only open on one side. The tops on some of the cabins also open so mini-figures can be placed inside. 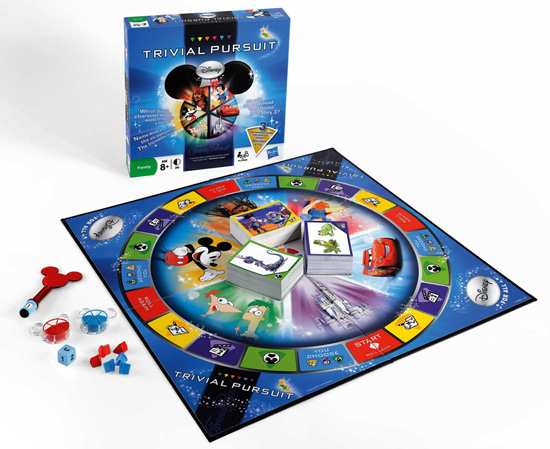 Do you know what year the monorail was first introduced at Disneyland? The official opening was June 14, 1959, and it was the first daily operating monorail in the United States. If you answered that question correctly, then I challenge you to a game of “Trivial Pursuit: Disney For All” edition (it seems no one else wants to play with me ever since I’ve read “Disney A to Z” twice).

This new version of the classic Trivial Pursuit game will feature three question types (as the official press release describes): “’Take 2 Trivia’ – giving two chances to earn the wedge, ‘My Disney’ – a little personal trivia sparked by favorite Disney moments or characters, and ‘Disney List’ – work together to create lists or choose which don’t belong.”

I hope you are able to attend the Expo this year. I attended the first one in 2009 and was blown away by the awesomeness! For more information or to purchase tickets, visit http://d23.disney.go.com/expo/.