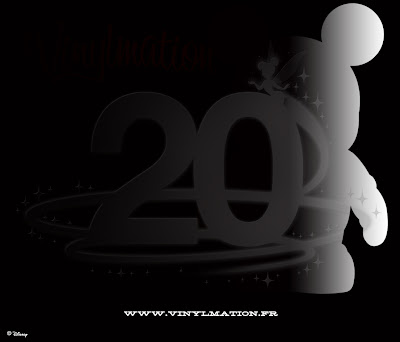 The website disneyshowcasekey.blogspot.com brought to our attention some info on several 20th Anniversary vinylmation coming to Paris. Along with this will be what seems to be a Vinylmation website just for France at www.vinylmation.fr. Just that logo is up at the moment, but check back and see what appears soon!

Disney Showcase Key also has some rumors of the exclusive Vinylmation we may see. According to a Google translation, here’s what it appears to point to.

A set of twelve 3″ figures depicting. Disneyland Paris Attractions.
A set of 4 or 5 Disney Characters in Costume presumably from DLP.
and A 9″ 20 Anniversary piece with three 3″ fairies from Sleeping Beauty as the DLP castle is modeled after her home.

Check out the original article: Here! What are some attractions we might see?