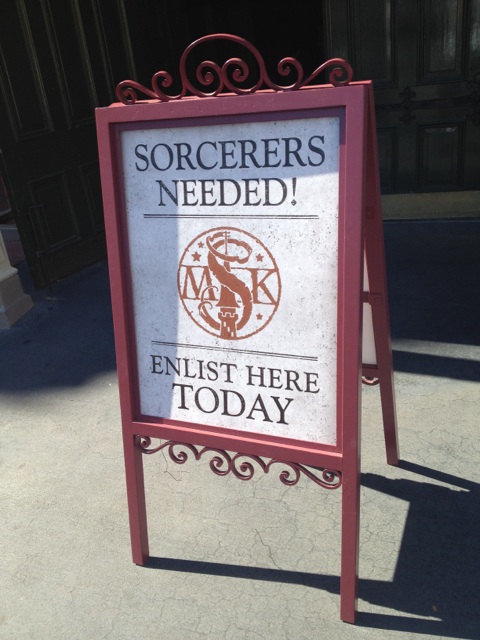 We have received word that Disney are play testing their new interactive adventure “Sorcerers of the Magic Kingdom” in the park today. Although we are not able to be there to take part, Ricky Brigante from Inside the Magic is and has posted some photos online. Take a look at what is going on below.

We are not sure if this is a permanent sign or if this is just during the play testing phase.

Each quest is given a set of Sorcerer cards. Think of them a little like Top Trumps or Pokemon cards. Each has a different spell or characteristic that you use to defeat the villains of the Magic Kingdom.

Here is a clearer image of the spell cards used in the game. It looks like guests will have the use of Tiana’s Hot Sauce and Flynn’s Frying Pan amongst other things to fight against the Villains

Many of the interactive locations as part of the quest are cleverly concealed around the park. Here is the one found inside the Main Street Cinema. Can you guess which on it is?