The Sorcerers of the Magic Kingdom Booster Packs were released on Friday, August 17 at the Emporium for $11.95. In case you are not up to speed, you can find a ton of SotMK info and a downloadable checklist on Destination Vinylmation’s SotMK Explained page. The booster pack offers a take home version of the popular interactive theme park game. The packs contain 7 cards (including 1 Super Rare 61-70 card), 1 Key Card, game tokens, game rules, a checklist and one of four Villains game boards. This was a very low-key release, yet word from numerous sources say they sold out by noon! I have heard they will have more some time next week. Just FYI, you had to ask for them at the register, they were not on a display. The register was the one in the corner closest to the door on the side of the Firehouse. 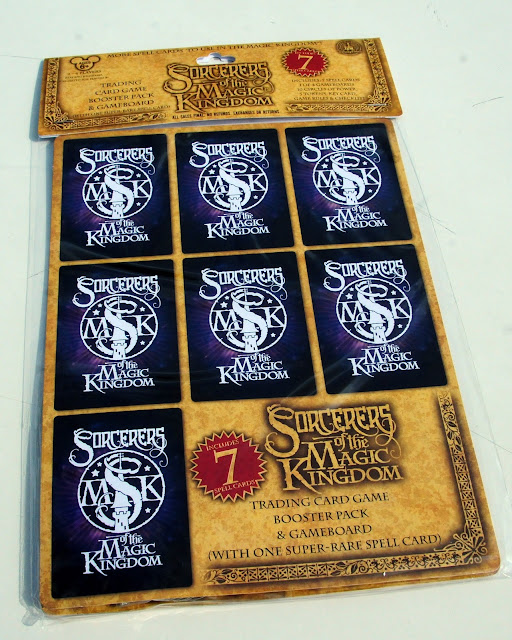 If you follow DV on Twitter (@VinylmationNews) or DestinationVinylmation in Instagram, you were among the first to see pictures of what is inside. Here is a better look: 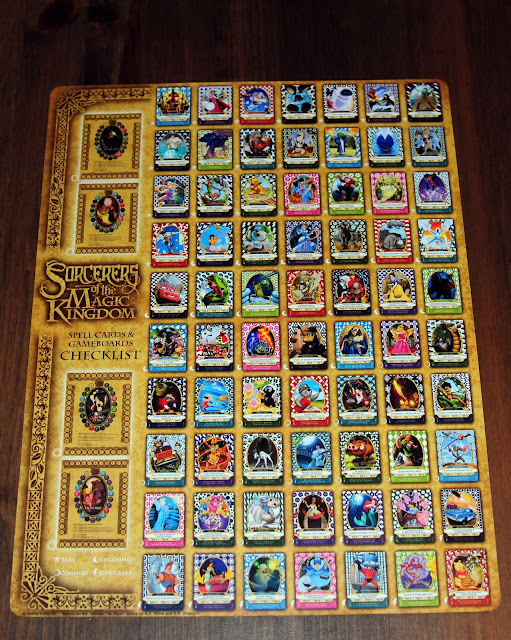 The checklist is a beautiful full color sheet that features a thumbnail of all 70 cards. Next to the thumbnail, is the symbol for the rarity designation: Star = Rare, Moon = Uncommon, Circle = Common, Lightning Bolt = Super Rare. On the left side is a column that shows all four Villains game boards. 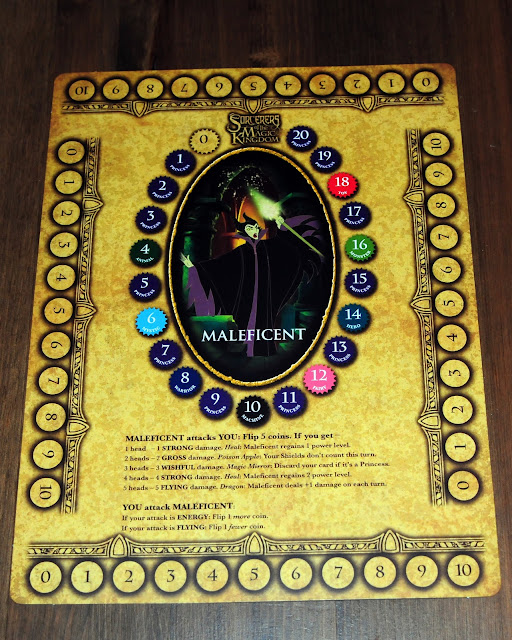 The game board features one of Villains on there front and a map of one of the four lands that have playable portals inside the Magic Kingdom on the back. The artwork for the Villains matches the beautiful style found on all the cards that make these a nice collectible. The game board also has the Villains attributes as well as all the numbered spaces you need to play the game at home. 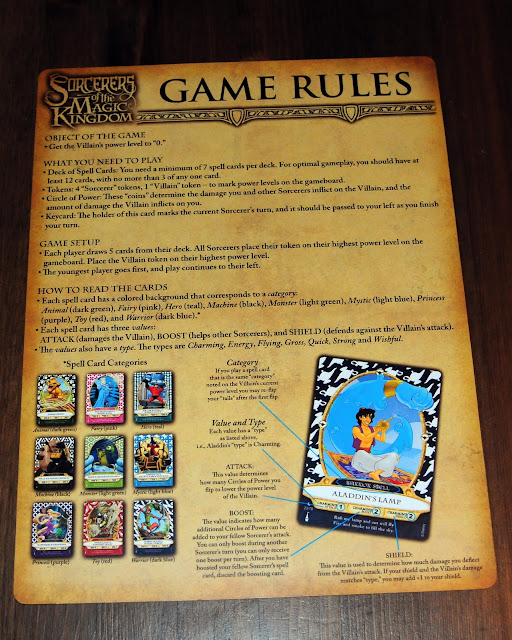 The pack also has two sheets full of home game rules. The rules seem to play out like your average card game of this type. The basic object of the game is to get the Villain’s power level to “0.” Each player, up to four, needs a minimum of 7 cards for the game to work properly. But before you think you need to buy a bunch of booster packs, remember, you can get your 5 free cards per day at the Firehouse. 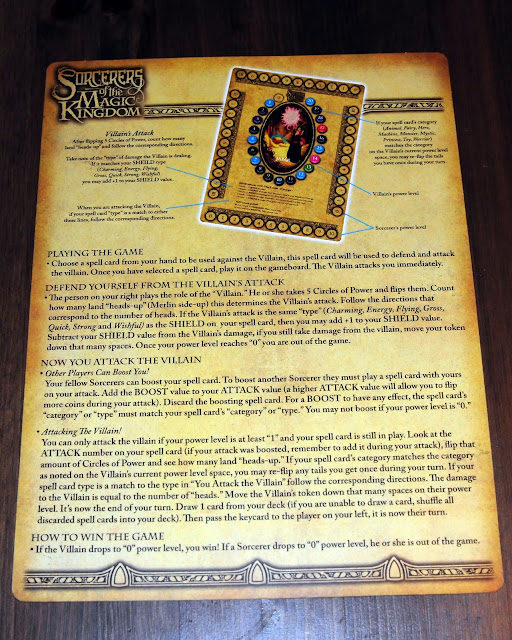 Each player takes a turn getting attacked by the Villain then attacking the Villain and can be helped out, or Boosted, by fellow players. If a Villains gets a player down to “0”, the player is out of the game. The tokens are used to mark progress on the game board and are also flipped like coins to determine attack power. 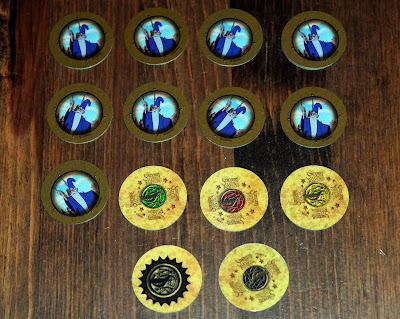 A game like this is a nice option for guests that are just visiting the parks to continue the fun at home. It’s a great way for people who have a bunch of these cards and are not really “collecting” them to get some use out of them when they get home. 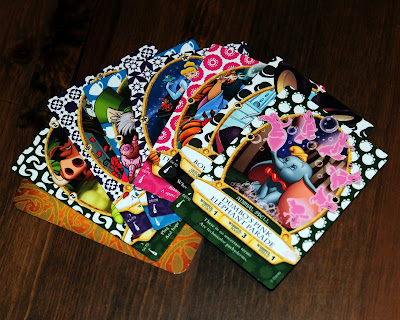 A game like this is not really my thing… I’ll stick to defeating Villains on the video screens around the park. I’m still a huge proponent of the game. I think it is fun, with fantastic animation. But more than that, it’s a build upon of what I think Walt was aspiring for his theme parks to be… an interactive experience that immerses the guests like no other. All that being said, the game boards add another collectible piece to the SotMK puzzle and it’s the perfect way to finally complete the Super Rare 10 card series.