The Tarzan Encounter Will Return for the 20th Anniversary 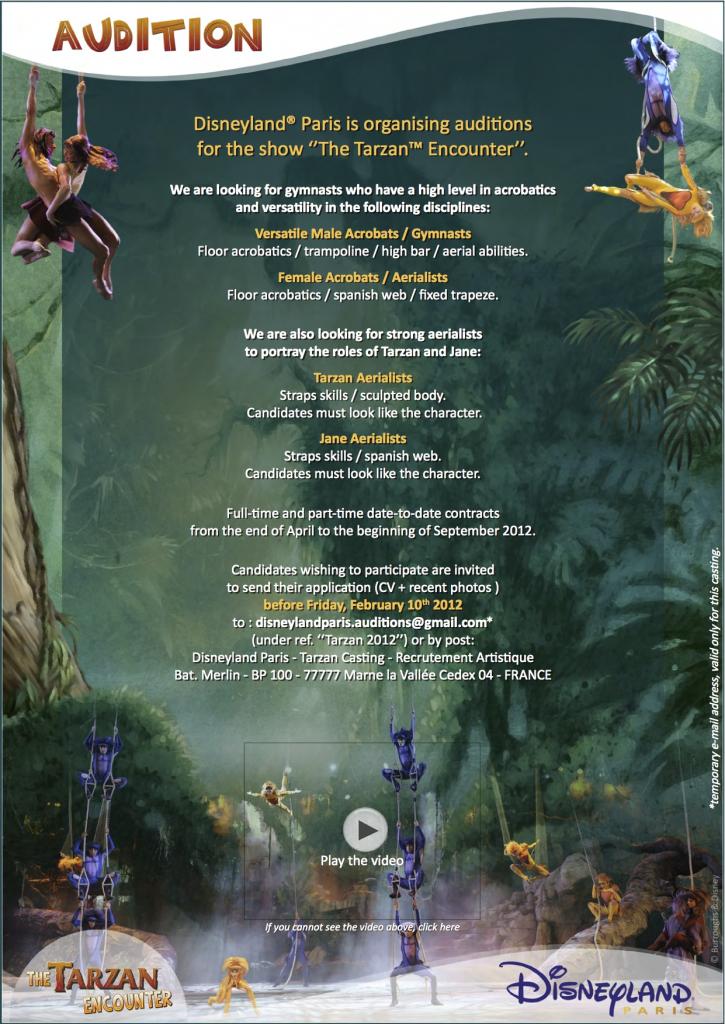 There are several things in the universe that seem to be indestructible: Doctor Who, Iron Man, Alex Ferguson and The Tarzan Encounter! The summer show that has been packing the Chaparral Theatre since its premiere in 2000 will return for what look to be a longer season than 2011. Last summer saw the show come out of hiatus for June – September but according to a casting call on the Disney Auditions website, it looks like it’s going to be a similar run this time round.

According to the posting, contracts will run from late April until the beginning of September. With a usual run of 4-6 weeks for rehearsal, expect Tarzan to return again from a June – September run.

Do you think it has now passed it’s sell by date? Does Disneyland Paris need to invest in a new show or are you happy to see it return? Let us know your thoughts.