Town Square Theater Mickey to be a Magician!

At the Disney Parks Blog, we’re as excited as you are to learn more about Walt Disney Imagineering’s (WDI) plans for Town Square Theater, the new permanent home for Mickey Mouse at Magic Kingdom Park that’s set to debut in early April.

I’m happy to report that earlier today, WDI gave us an earful – pun intended – on the details planned for this exciting new meet-and-greet area. 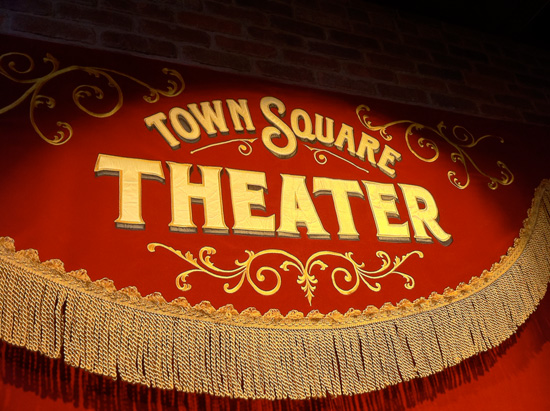 In keeping with the small-town theme of Main Street, U.S.A., Town Square Theater will take on the tradition of turn-of-the-Twentieth-century theaters that served as the center of excitement in small towns, offering thrills through vaudeville and other forms of entertainment. At Town Square Theater, families will be able to go backstage to meet Magician Mickey Mouse, who is excited to meet and greet guests in his rehearsal room.

And of course, WDI has designed the entire experience to be magical. Guests will first enter the theater building through a lobby that will serve as a hub for character meet-and-greet queues, the Box Office Gifts merchandise shop and Tony’s Town Square Restaurant. 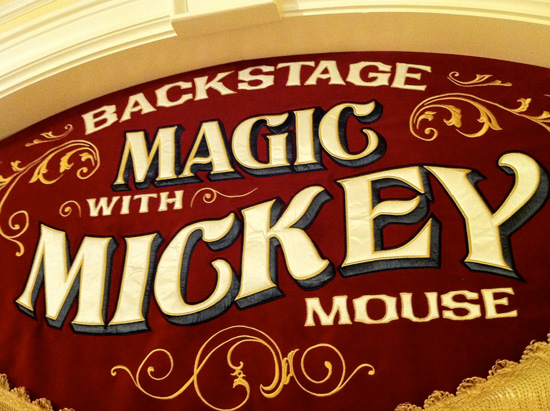 According to WDI Concept Designer Jason Grandt, the lobby will be decorated in gold and cream colors that were chosen to recreate the feel of a historic theater.

“Upon entering the lobby, guests will be faced with a beautiful tile mosaic featuring the Town Square Theater logo,” Jason said. “The color scheme reflects that of historical theaters with a little inspiration from our master magician, Mickey Mouse.” 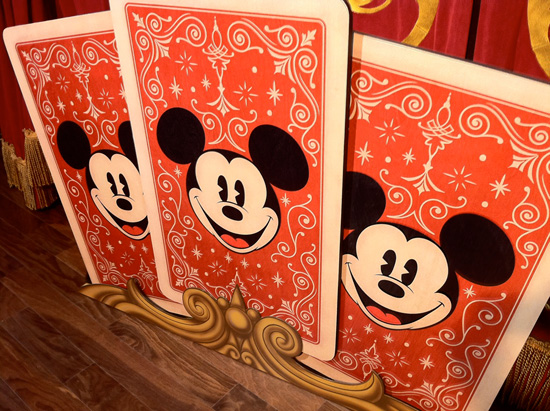 Just beyond the lobby, guests will pass through an ornate arch and enter a queue to meet either Magician Mickey Mouse or the Disney princesses. Special interactive posters featuring Mickey’s various magic acts will be in place to enhance the guests’ journey through the queue line, which will take them deep into the backstage corridors of the theater.

“You will recognize the poster style as that of turn-of-the-century magicians such as Houdini,” Jon Georges, WDI director/senior show producer said. “But these posters carry Mickey’s magical touch that can bring them to life and interact with you as you wait.”

They have also pushed back the walls so people can get further inside.